The first thing you need to know is that teaching over here is different than in Ireland. That’s not to say it’s better or worse, but you should be aware that it’s not the same profession as it is in Ireland.

What do I mean by that? First of all, schools feel more like a business than…well, a school. Most schools will be extremely large, and there will be a lot of staff. We’re talking 150+. Any queries you have will be directed through the HR Department, Accounts, the Principal’s Assistant…you get the idea! On top of that, a high percentage of the teachers  will stay in the school for three years or less, so the turnover is massive. For those reasons, it’s hard to get the kind of community feeling that you find in schools back home. You don’t build up much of a relationship with parents or senior staff.  I’m not saying that this is good or bad, but you should be aware of how different it is before you come here.

All schools start early and finish late over here. I’m in school for 7.30am, which means leaving my accommodation at around 6.50am. Assembly is at 7.40am, and first class starts at 8am. The kids go home at 3pm, and staff can leave at 3.30pm two days of the week, 4.30pm another two (after PD/meetings), and 2pm on a Thursday (school runs from Sunday to Thursday in the UAE). That sounds like a long day, and it is, but the day is also structured differently here. It’s much more like a secondary school, and my class have a different teacher for Arabic, Islamic, ICT, Moral Ed, Music, German, French and P.E, during which time I’m (usually) free to plan my lessons and get on top of corrections and paperwork.

In fact, I only have 17 hours in the classroom per week, which is crazy when you consider that I’m in the school for about 38. That’s one of the big advantages here, as it’s teaching me the  necessary skill of leaving work at work, and having a healthy work-life balance. I never bring work home, and don’t think about school outside of school, unless it’s something to do with Irish Guy Teaching, which I just enjoy doing anyway. 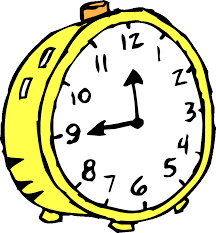 What you’re actual teaching will depend on the type of school that you’re in. Most private schools will be either British or American curriculum, so you’ll be teaching Grade X as if you were in a school in London or Virginia. It will depend on your individual school whether the kids are expats or locals – it varies from 90% expats to 90% Emirati. Our school is the latter, and it is tough with the kids. English is their second language, but they’re expected to perform at the same level as American children – they have the same books, the same testing, the same material…it really makes no sense whatsoever. The teaching (in my school at least) is also very, very, textbook heavy, which naturally leads to behaviour issues in the classroom as well. There are no serious issues – it’s a private school, so if there are, they get kicked out! – so unless you’re in a public (government) school I wouldn’t worry about that.

Parents are manageable – we use ClassDojo daily to post pictures of the work they’re doing, send home test results and homework, send private messages etc. The parents have to sign up, and any communication has to go through there. It can be overwhelming, particularly with a younger class, but it also stops parents arranging meetings for trivial issues, so that’s a bonus. They do expect a lot from their kids, though, and you’ll take the blame if they’re failing tests or even misbehaving. I’m still learning how to deal with that!

The resources in the school are amazing, if a little tedious to get at. We have a store room for everything you could ever need, which can be signed out and taken back to your classroom. We can take anything from weighing scales to mini-whiteboards, puzzle games or extra readers. It’s great to not have to buy resources out of your wages, and even the printing and laminating is free! I’m not sure if it’s the same in every school, but we send anything we need printed or laminated to the ‘reprographing room’, and it turns up within 24 hours in a tray! The only issue with that is you have to be very organised – no running copies off the printer first thing in the morning! It is very handy though, and can definitely save you time and money. Not all schools run the same way, of course, but you can expect to have most of the work done for you, to allow you to focus on actually teaching.

The paperwork is intense, and I’m talking teaching practice intense. Every single lesson is dragged through Microsoft Word before reaching the classroom. That being said, I only teach five subjects here – English, Math (Grades 5 & 6), Science and Humanities. There are also four of us teaching Grade 5, so I only have to plan one subject a term. This makes it feel like you actually don’t have much to do, but in all honesty, I prefer planning my own lessons. I hate being handed a worksheet and a lesson plan and told to ‘go teach’. It’s just not me. I love how open-ended the Irish curriculum is, and how much free reign you get in the classroom. In a subject like Science, you can literally do anything you like the look of on Pinterest, as long as you can link it back to some vague objective in the curriculum. That’s a perspective I only got from being here, but I’m so grateful for it now!

The testing is another huge issue. At the start of the year, I skipped over technical wording or specific paragraphs in the textbook reckoning that an actual understanding of place value was more important than knowing whether the format was standardised or expanded, or that I could explain the Scientific Process without referring to the long winded example in the book. Then the end of unit tests rolled around, and of course the example in the book was about the experiment from the book, and the maths questions were along the lines of ‘write 54,342 in expanded word form’. Now to me, those tests don’t show whether the kids actually understand the concept, but when the results are being entered in a database and poured over by admin, comparing them to the other classes in your grade, as well as being sent home to parents…well, pretty soon you let go of any grand ideas you might have and just learn to play the system. I’m not going to lie – that part of it sucks. Teaching to the test, and sacrificing actual understanding to tick the boxes on a spreadsheet just feels so wrong, especially when the kids are ten years old!

Finally, you should be aware that you will be observed and probably mentored while you’re here. To date, I’ve had two formal observations for my probation, one scheduled mentor visit, and six or seven unsupervised walk-throughs, which are the worst as you have no idea they’re coming and they check everything from the learning objective on the board to your copy corrections! That’s quite a high number though, and I can’t imagine that most schools are that vigorous.

Hopefully you’ve got an accurate picture of teaching here from reading this post. I’m certainly not trying to turn anyway away from the experience, but I wish somebody had sat me down and opened my eyes before I came out. Don’t get me wrong, I’d still be here, but I think you deserve a fair idea of what you’re getting yourself in for.

So yes, the hours are long, the paperwork is rough, the kids can be difficult, and middle management will drive you half-demented, but there are pros too. Teaching a different curriculum is interesting, and you get to work with and learn from teachers from other countries, which doesn’t happen back home, at least at primary level. I have a lot of time off during the day to get through the extra workload, so I’m learning to balance life and work. I get my resources printed in colour, laminated and put in a tray for me. I am managing to save some money. And I feel like I’ll be a better teacher for the experience when I come home.

Told you there was a lot to get through! I hope I haven’t left anything unanswered – if I have get in touch with me on Instagram or through irishguyteaching@gmail.com.